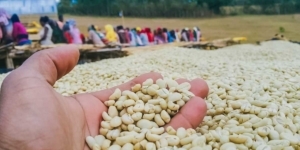 Farm info; The Coffee comes from smallholder farmers in the Sidamo region. The sweet, fruity profile of the Ethiopia Acacia Washed is a classic representation of one of Ethiopia’s most recognized coffee producing areas.

Our Core Coffees reflect the work of whole communities, and the Ethiopia Acacia Washed is produced by the smallholder farmers who characterize the coffee production landscape of Ethiopia. Sidamo encompasses many terroirs, but farming across the region is traditionally low input and the attributes of the plants and the land are captured in every harvest.

In the southern region of Ethiopia, farmers pick coffee selectively, harvesting only ripe cherries individually by hand. Pickers rotate among the trees every eight to ten days, choosing only the cherries which are at peak ripeness. Coffee is depulped and washed by hand in cement canals at community washing stations. After fermenting in water to loosen the mucilage, wooden paddles are used to fully wash the coffee. It is placed on raised beds to dry in the sun.

Sidamo (also transliterated as Sidama) is a region, a tribal group, and a massive coffee producing agricultural area that encompasses smaller growing regions such as Yirgacheffe and Guji. However, coffees that are labeled as “Sidamo” are typically sourced to the northwest of Yirgacheffe, and usually come from one of the large co-ops in the Sidama Coffee Farmers Cooperative Union. There are 51 co-ops in the Union, and many have created well deserved reputations for consistency over years of production. These large co-ops often represent thousands of farmers, and cup profiles from Sidamo can be widely varied. 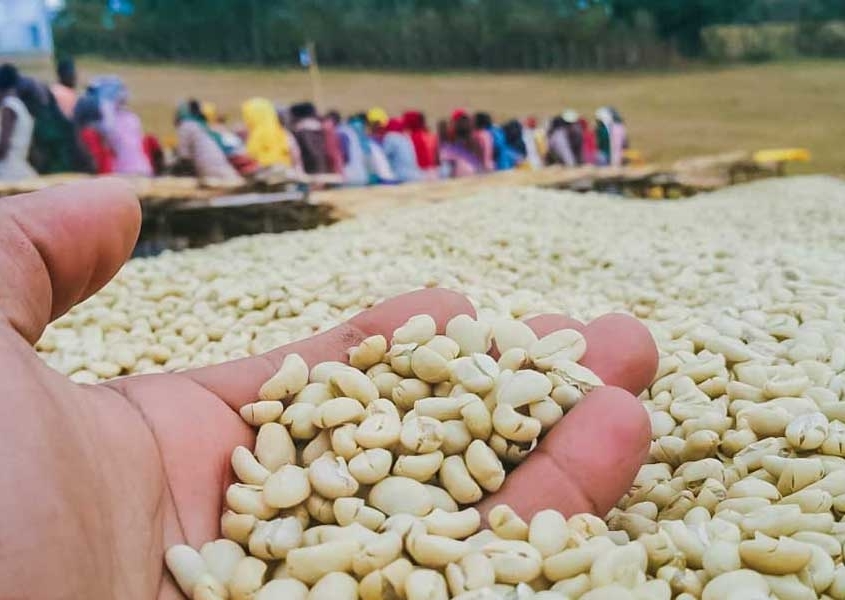 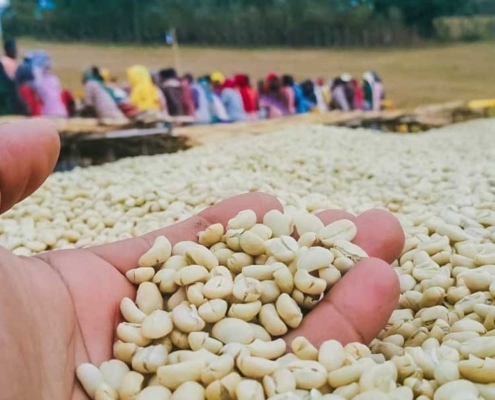 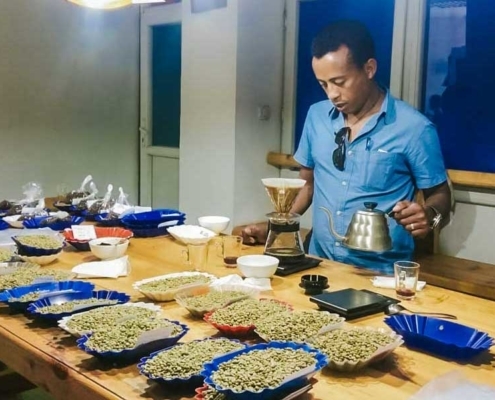 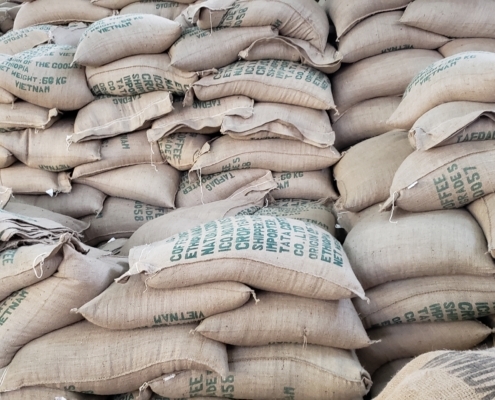